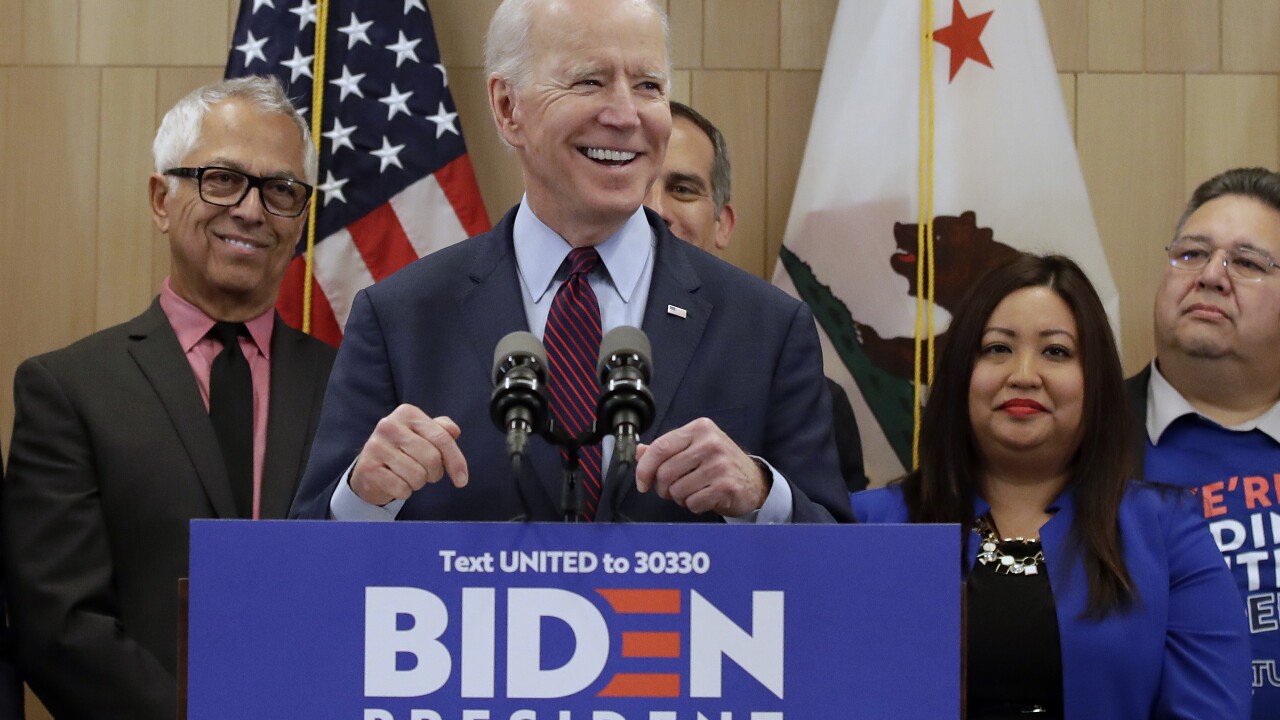 The Associated Press delegate count shows Biden with a lead of 97 delegates over Sanders on Friday.

This is a big change from just a couple weeks ago when Biden was on the ropes after weak showings in Iowa and New Hampshire. Biden built his delegate lead by racking up huge victories in Alabama, North Carolina and Virginia while scoring a narrow win in Texas.

The presidential primary contest could now become a drawn-out two-man battle for delegates to win the nomination at the Democratic National Convention in July.