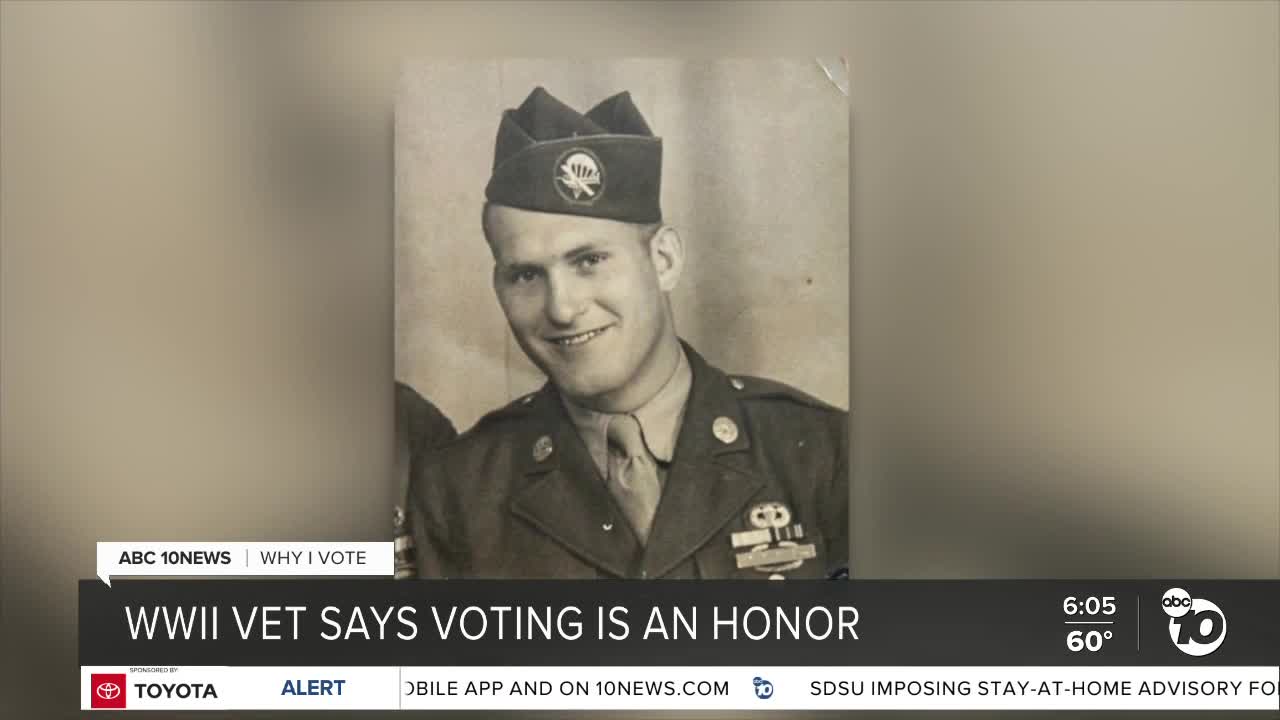 A member of the Greatest Generation looks back at how he and his fellow service members risked their lives to preserve that freedom and how his love for America began about 90 years ago. 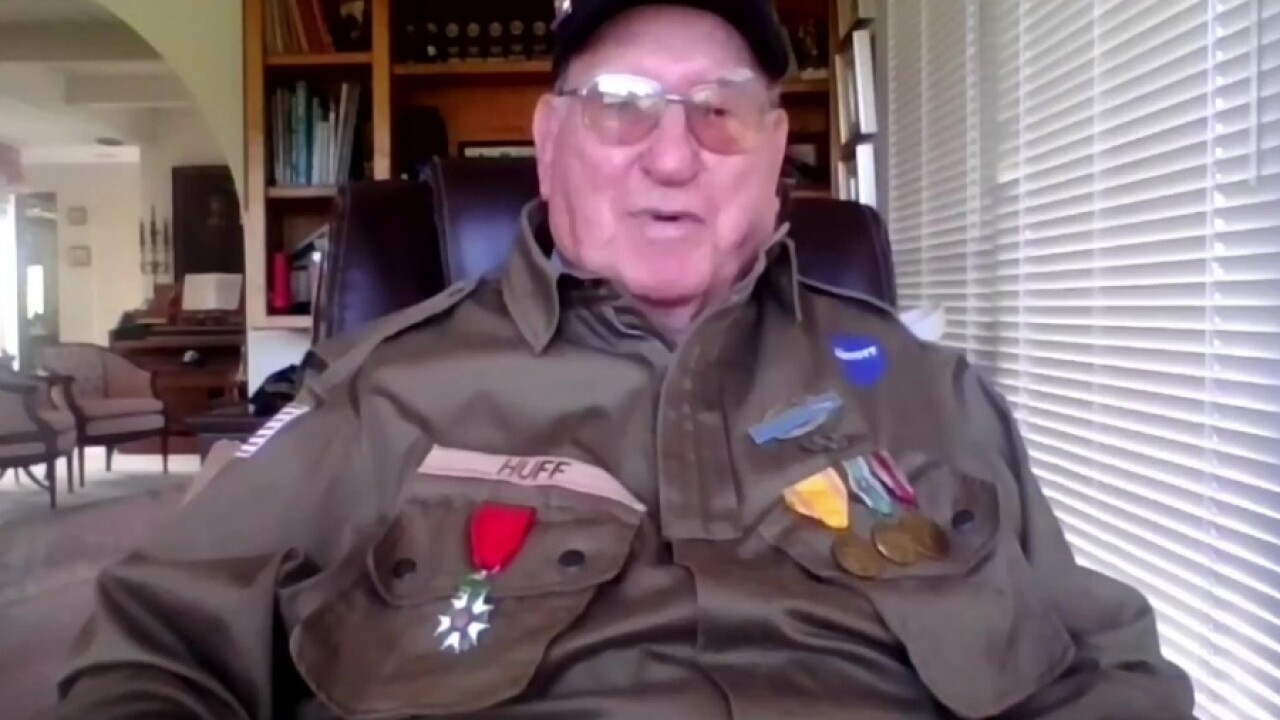 SAN DIEGO (KGTV) -- As we cast our ballots in this year's election, it's a good time to reflect on how our freedom to vote came at a cost.

A member of the Greatest Generation looks back at how he and his fellow service members risked their lives to preserve that freedom and how his love for America began about 90 years ago.

It started in North Carolina in the 1930s during the Great Depression. Forrest "Huff" Huffstetler, 96, says, "I remember how people suffered back then and I remember people lining up to get a bowl of soup."

Despite the hardship, he remembers his life growing up on a farm fondly.

"We had our own pigs, fresh vegetables and we had cans. My mother and my grandmother would can all the food for us for the winter. We had it pretty good."

It's that optimism that motivated Huff to make a decision that would change his life.

"I was delivering newspapers at 4 o'clock in the morning and that's when the post office had out a picture of Uncle Sam pointing a finger at you."

The poster he saw encouraged people to enlist. He says his instant reaction was, "Man this is a good deal, I'd like to get in the Army."

He was 15 and a half years old. He managed to enlist by convincing the notary public, who was also his aunt, that he was 18. He says it was well worth it.

"I loved the Army. We had three meals a day, I had all my clothes given to me and I wanted nothing. It was wonderful."

For $50 more a month, Huff signed on to become a paratrooper with the 82nd Airborne Division. After two tours of duty came D-Day and that defining moment, the jump over Normandy. He remembers seeing the tens of thousands of service members around him.

The first town Huff helped liberate was Sainte-Mere-Eglise, which explains the hero's welcome back he received last year on the 75th anniversary of D-Day. He looks back at the unity in their fight for freedom back then and says it makes him sad to see people divided today.

"It breaks my heart. All these men died fighting for this country," he says, "Freedom doesn't come for free, there's nothing for free."

"I remember the first time I ever voted was when I came out of the service. I was 21 years old, and it was an honor for me to go vote," he says.

He wants everyone to exercise that freedom and says he also thinks things will get better.

"Things are going to change. We're going to get our country back together working together."

After his service, Huff worked in the restaurant industry including owning a restaurant for 20 years. He eventually made a home in San Marcos. In December, Huff will turn 97 years old.