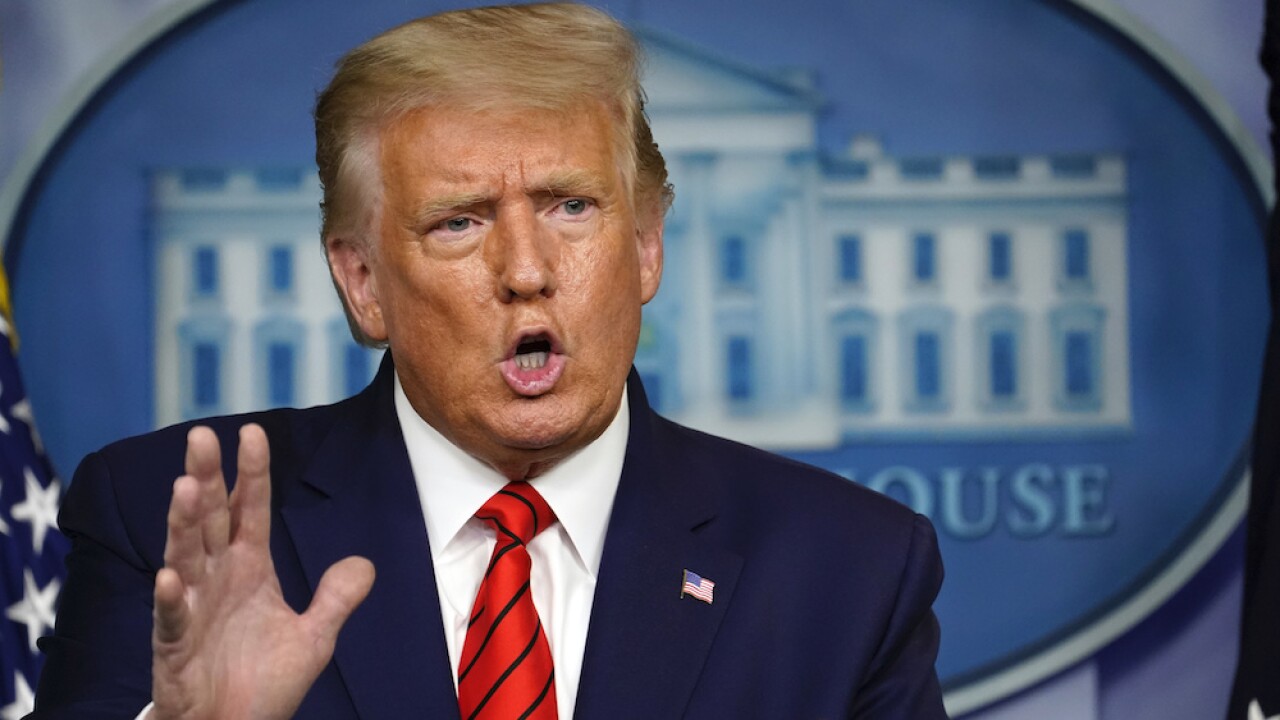 As the debate over voting by mail continues, President Donald Trump told a North Carolina news outlet that voters should test election safeguards by voting both in person and via mail, something which could cause voters legal issues.

Trump has expressed doubt in mail-in voting during the 2020 election cycle, claiming that mail-in voting is prone to fraud. But many states, some of which are led by Republicans, are ramping up mail-in voting efforts. Proponents of mail-in voting say that it is a safer alternative than in-person voting given the coronavirus pandemic.

The president, speaking to a reporter from WECT, said he wanted voters to test the state’s safeguards.

“So let them send it in and let them go vote, and if their system’s as good as they say it is, then obviously they won’t be able to vote,” Trump told WECT. “If it isn’t tabulated, they’ll be able to vote. So that’s the way it is. And that’s what they should do.”

In North Carolina, it is a Class I felony to vote twice. The National Conference of State Legislatures has a list of laws pertaining to “double voting” on its website. Voting twice in an election is illegal across the US.

Meanwhile on Wednesday, US Attorney General William Barr said that voting by mail is “playing with fire.”

“We're a very closely divided country here,” Barr told CNN’s Wolf Blitzer. “And if people have to have confidence in the results of the election and the legitimacy of the government and people trying to change the rules to this, to this methodology, which as a matter of logic is very open to fraud and coercion, is reckless and dangerous. And the people are playing with fire."

While there is scant evidence of widespread voting fraud in past elections, there are questions on the US Postal Service’s ability to return ballots in time to be tabulated.

In Florida, Volusia County Elections said more than 1,000 ballots that should have been counted for last month’s primary did not arrive on time. There were 1,281 ballots postmarked the day before Election Day, but election officials received them too late to be counted.

The USPS has experienced some service disruptions as some sorting machines have been removed from some post offices. While this had an impact on last month’s primary, the USPS slowdown has also caused slowdowns for essential items such as medicines and paychecks.