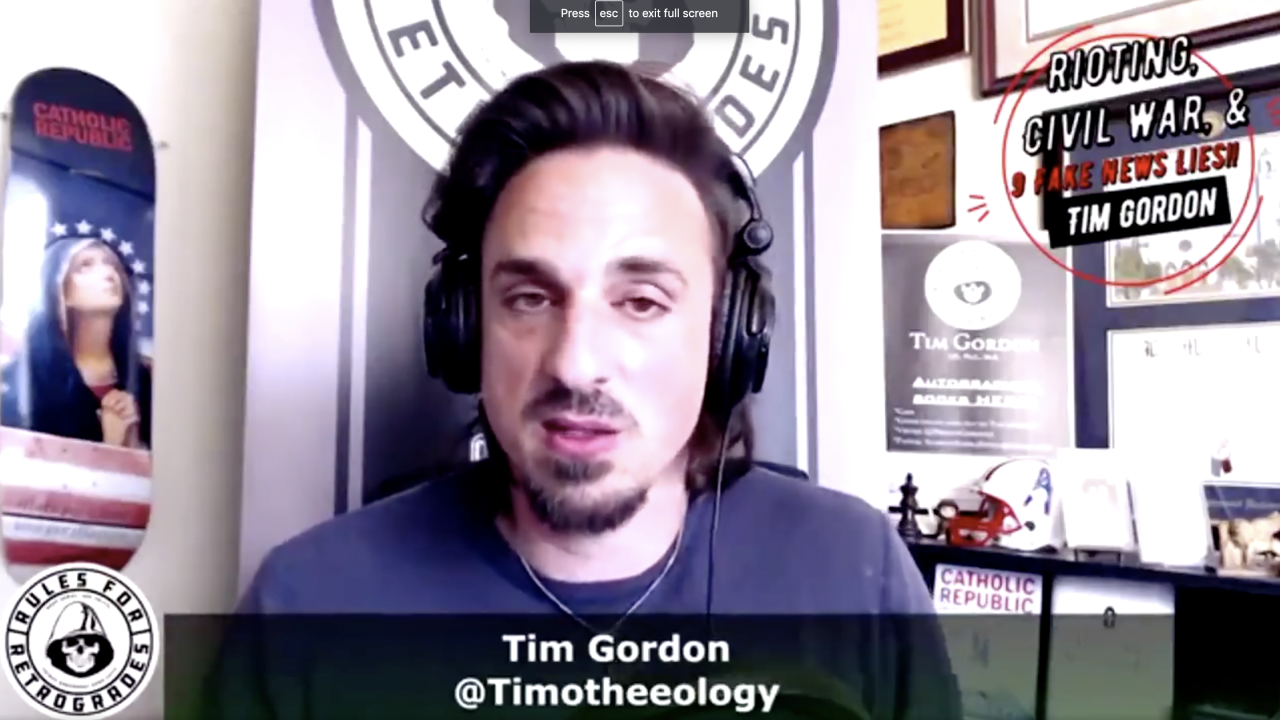 BAKERSFIELD, Calif. — A teacher at Garces Memorial High School claims he has been fired over controversial statements made on social media regarding the Black Lives Matter movement.

Timothy Gordon regularly posted to social media on Twitter and YouTube, but his comments were met with backlash from students and alumni. According to a petition created calling for the dismissal of Gordon, members of the Garces community believed Gordon was "spreading unacceptable messages of ignorance and hate on social media and in his classroom."

"We do not believe that such a person should be granted a platform to teach Garces students. We demand action by the school administration," the petition stated. The petition gathered nearly 300 signatures.

According to a Go Fund Me page, claiming to be set up by the Gordan family, a few hours after the petition was created Gordon received an email notifying him he was dismissed from his position.

“They’re essentially saying that my voice, which represents, Catholics, Protestants, and even secular Americans of all races, color and creeds that love America, my voice has no place. And people aren’t going to stand for it," Gordon said during an interview with Kern Radio.

The Diocese of Fresno’s Office of Education , which oversees Garces, released a statement regarding Gordon's dismissal saying:

23ABC asked Garces what their policy is regarding teachers presence on social media and Garces officials said they had no further comment.

Gordon told 23ABC he has retained the legal council of d LiMandri & Jonna LLP to represent him over this matter. He released a statement to 23ABC about his recent termination, stating:

On June 3, 2020, I was wrongfully terminated by the Diocese of Fresno from my teaching position with Garces Memorial High School. The decision was made after I expressed disapproval on Twitter of the recent violent attacks on innocent people by radical groups, and the recent looting and destruction of businesses across the United States.

I called on our country to take action and to use necessary force to protect us from these violent rioters and looters. I am not a racist. As a Christian, I love all races equally: “in Christ there is neither Greek or Jew.” I am a devoted and dedicated husband and father of 6 kids, one of which is recovering from brain surgery. I am a teacher, and I love and support all of my students.

The Diocese’s decision to terminate me was wrongful and a clear breach of my employment contract. The Diocese is discriminating against me because of my conservative political and religious views.

What I have learned from this experience is simple: the Left will stop at nothing to silence and destroy anyone with whom they disagree. They are organized and committed to shutting down debate, silencing speech, and destroying their opponents’ reputations and livelihoods. I will seek justice in the courts.