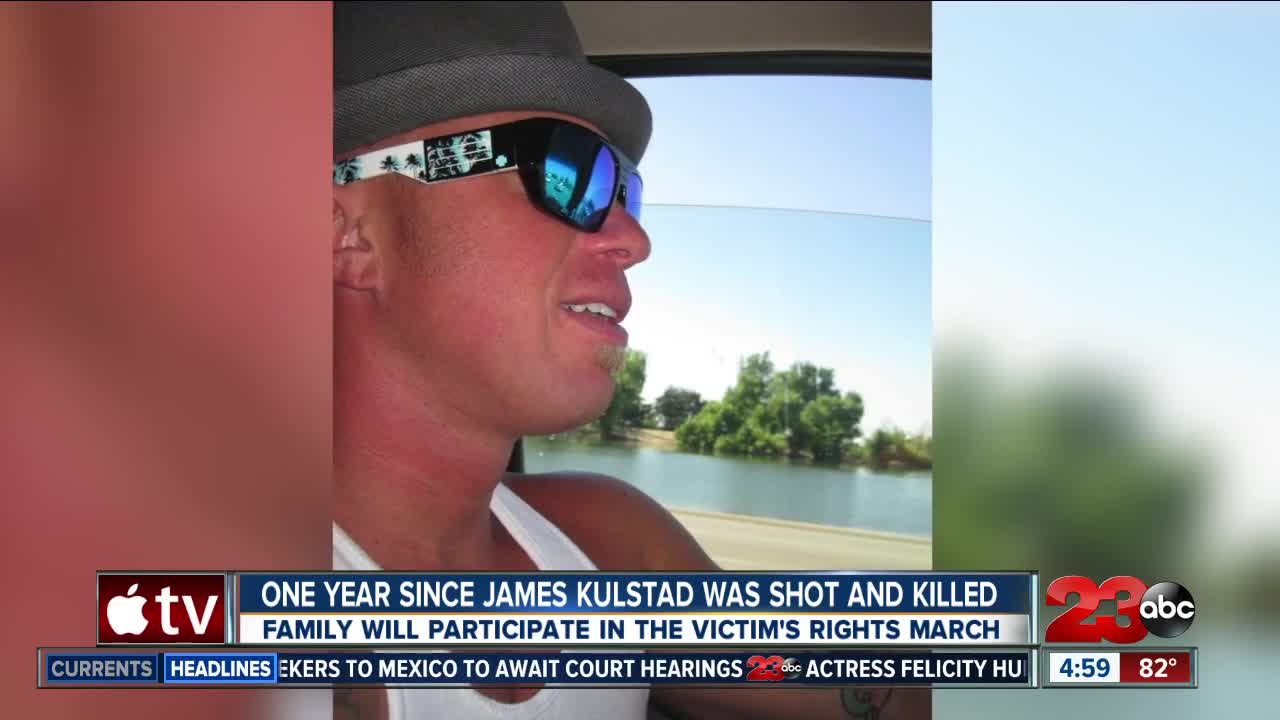 James Kulstad is one of the Bakersfield 3, a group of three people either missing or killed.

BAKERSFIELD, Calif. — April 8, 2019 marks one year since James Kulstad was found with gunshot wounds in his car. One year later, his mother, Di Byrnes said the family is still looking for answers.

Kulstad's killing has been linked with another homicide and a missing person case, family calling them the Bakersfield 3. March 23, 2018, Micah Holsonbake was reported missing. A body part belonging to him was later found in the Kern River, changing it from a missing person case to a homicide investigation. Two weeks later, Kulstad was killed. Shortly after that on April 25, 2018, Baylee Despot was reported missing.

The grieving mothers of these victims realized there are connections in the cases and have banded together to fight for answers.

This year, these moms will also be participating in the 7th annual Kern County District Attorney's Victims' Rights March. The march will start at the Liberty Bell on Truxtun Avenue then move to Mill Creek Park on 21st Street Tuesday, April 9 at 4 p.m.

District Attorney Cynthia Zimmer said the focus of this year is unsolved cases and says the march is aimed at uniting grieving families with each other.

The Bakersfield 3 moms are working to keep the public thinking about their case. They have a Facebook page where they post updates about remembering Holsonbake, Kulstad and Despot. To remember Kulstad on the one year anniversary, friends and family hit golf balls and also wrote messages on seashells to spread around the city. The mothers are also in the process of creating a nonprofit for moms of missing or murdered people.

The Bakersfield 3 moms also said they've worked to create rewards for any information given to authorities on the three cases. Byrnes said they went to the Kern County Board of Supervisors in November and asked the board to contribute money specifically to the Bakersfield 3's secret witness rewards, who agreed. Now, Holsonbake and Kulstad both have rewards of $10,000 available for information on their killings and Despot has $16,000 available for information on her disappearance.