What you need to know: California to vote on funding for school and college facilities with Prop 13 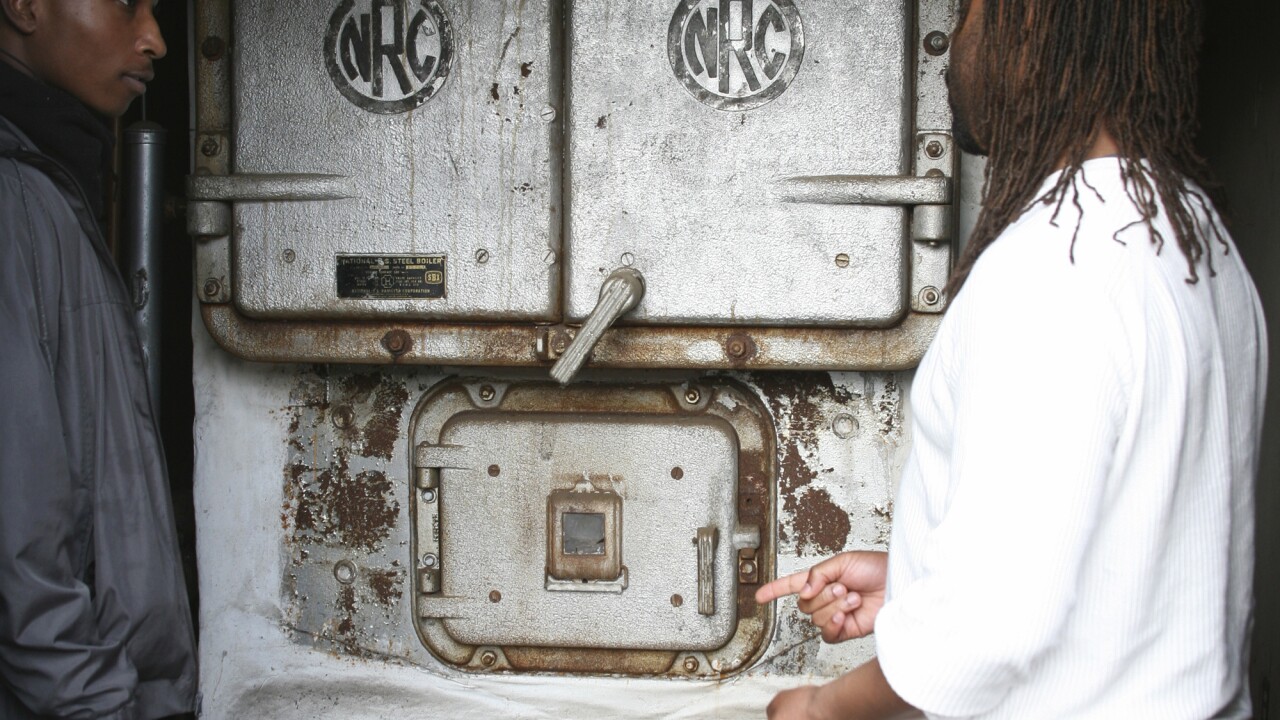 Jocelyn Gecker/AP
In this Monday, Jan. 27, 2020, photo, Lake Elementary School principal Kenneth Bonner, right, and school custodian Perrione Pearson, left, stand in front of the school's aging furnace, wrapped in asbestos insulation and taped up with duct tape in San Pablo, Calif. Officials say the furnace may date to the school's construction in 1957. The only statewide measure on the March 3 ballot is Proposition 13, a $15 billion bond to build, repair and modernize schools in California. If voters approve it, $9 billion would go to K-12 schools. (AP Photo/Jocelyn Gecker)

BAKERSFIELD, Calif. — Education will be a hot topic in the California primary come March 3, but not in the way you might think.

On Super Tuesday, Californians statewide will decide whether or not to approve Proposition 13, which would authorize $15 billion in bonds for schools from Kindergarten up to public colleges and universities.

The measure distributes the $15 billion as $9 billion for preschool and K-12 schools, $4 billion for universities, and $2 billion for community colleges.

Of the $9 billion designated for preschool and K-12 schools:

The remaining $2 billion will go to community colleges.

According to the fiscal impact statement, the average annual cost for repayment is around $740 million a year, with interest, over 35 years. Money for repayment will come from General Fund tax revenues.

That’s a total estimated cost of $26 billion: the bond itself plus an added $11 billion in interest.

Those in favor of the proposition argue this will make schools and colleges safer. It is backed by Democratic state lawmakers, teachers and the construction industry.

Those against the the proposition include the Howard Jarvis Taxpayers Association who note that California voters approved a $9 billion school bond in 2016. They argue Prop. 13 would allow school districts to borrow more money, which could increase taxes for all California property owners.