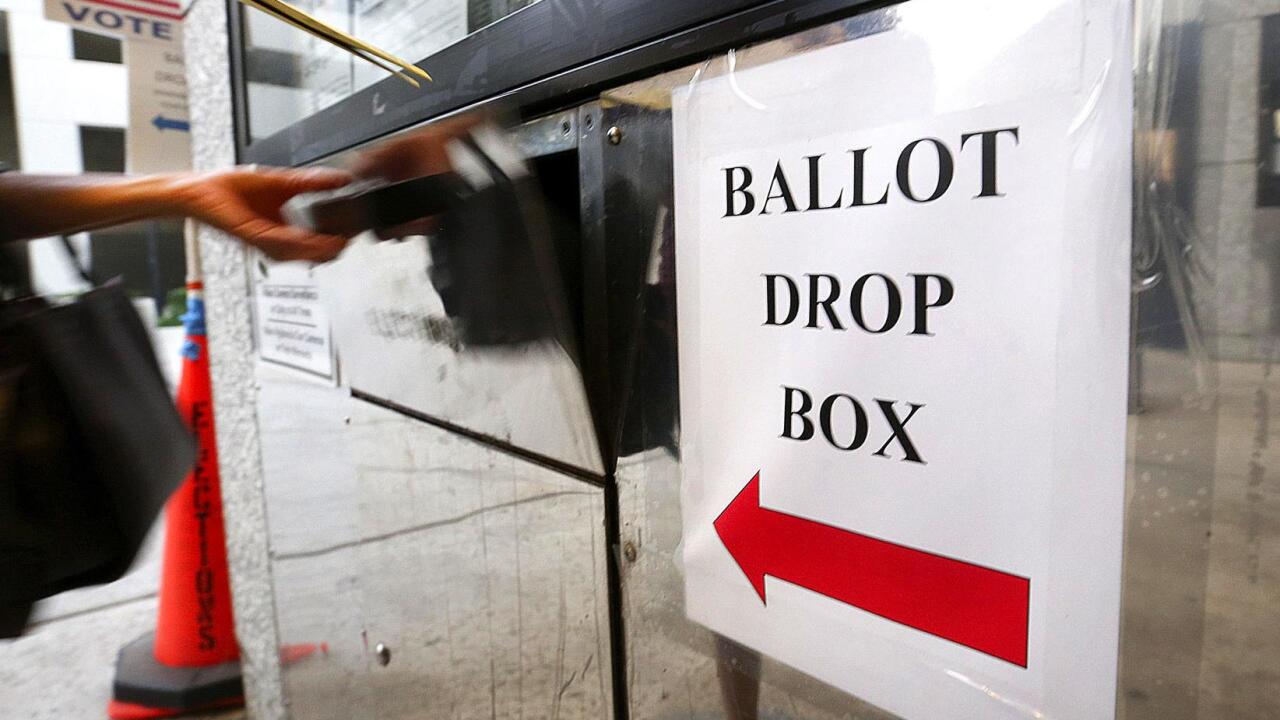 KERN COUNTY, Calif. — Ballot harvesting. Ballot collecting: We've all heard the various terms being used to describe a very simple but controversial process that was enacted into law back in 2016. Assembly Bill 1921 was amended to legally allow a voter to designate any person to return their ballot at a polling place, but recently unofficial ballot drop-off boxes have been popping up in several California counties which officials say are illegal and now some state leaders are taking action.

But in 2016 the bill was amended and now states that "a vote by mail voter who is unable to return the ballot may designate any person to return the ballot to the elections official from whom it came or to the precinct board at a polling place within the jurisdiction."

However, California's Republican Party continues to challenge the state after being ordered to remove the unofficial ballot boxes.

"We are going to continue this program. If he wants to take us to court, then we'll see him court," said Hector Barajas, spokesman for the California Republican Party.

Republican Michelle Steel who is running against incumbent Harley Rouda in Orange County's 48th District released a statement saying "I don't condone any unofficial means of collecting ballots. Every vote counts, and we must ensure ballots are turned in and counted responsibly and legally."

Rouda believes this is a concerted effort by the state GOP to take votes away from him.

"On one hand they're arguing that mail-in ballots, that we have to be concerned about that process when on the other hand, they're literally putting out fraudulent ballot boxes and telling voters to bring their ballots and drop them off there. Here's the big concern: this is what the ballot looks like when it goes in. On the backside of this is the name of the person who is delivering that ballot, who the voter is. It's very easy for them to be able to see whether it is a Democrat or a Republican."

On Wednesday, President Donald Trump tweeted "Fight hard Republicans. They have been taking advantage of the system for years!" in regards to the collection boxes.

Fight hard Republicans. They have been taking advantage of the system for years! https://t.co/vaToeGjrHG

If you are looking to drop off your ballot, here's what an official Kern County ballot box looks like.

Bedard says there is only one thing the person dropping off the ballot has to do: "...the person returning a ballot for someone else is supposed to sign. There's a top flap on the envelope that they've returned it."

The list of the official drop off locations and curbside drop off events on are as follows:

Ballots can also be dropped off at Satellite Election Offices from noon to 6 p.m. on the following dates at these library branches: