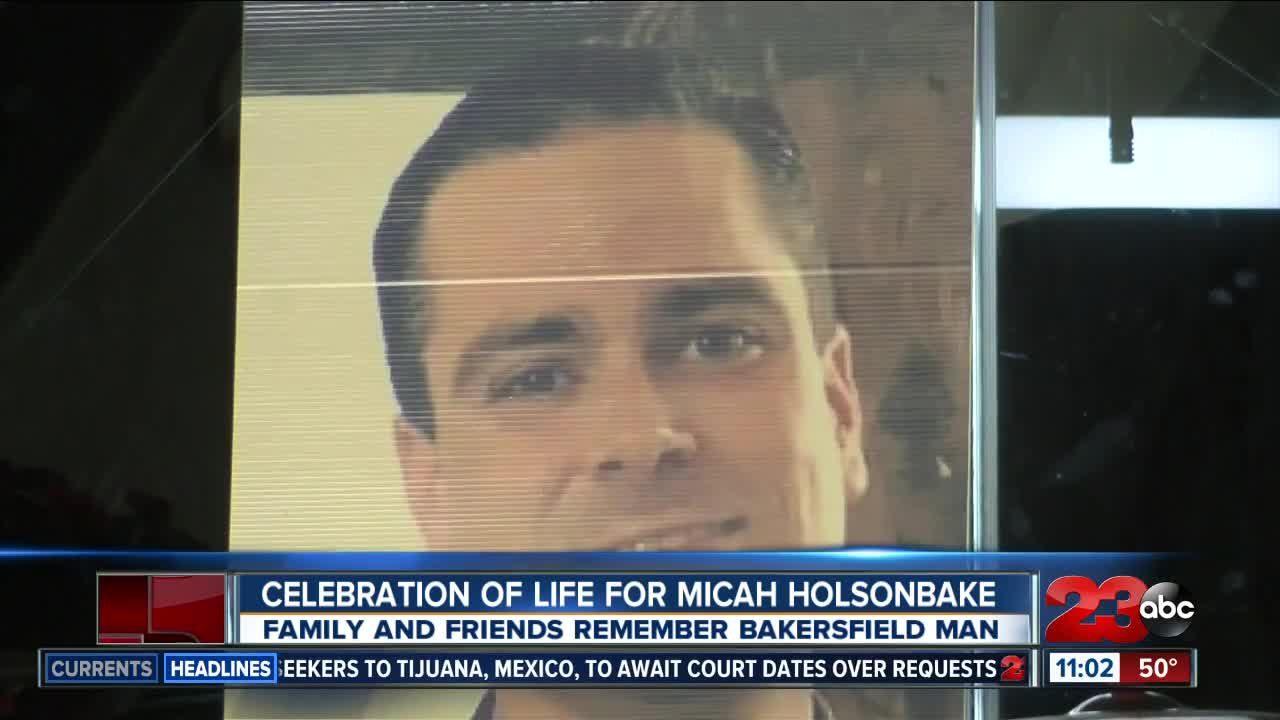 Loyal, kind-hearted. The life of the party. That's how friends and family describe Micah Holsonbake. Community members poured into a church in South Bakersfield to celebrate the life of Holsonbake who went missing in march 2018.

BAKERSFIELD, CALIF. — Some called him a friend, some called him a shoulder to cry on, and others simply called him Micah. Family and friends are still hurting, not knowing what happened to Micah Holsonbake after almost a year. Today they gathered at a celebration of life in South Bakersfield to honor him.

"It was an adventure every time, being with Micah," said Juliana Young-Holsonbake, Holsonbake’s sister-in-law.

Holsonbake first went missing in March 2018, but Bakersfield Police confirmed in December that a body part belonging to Holsonbake was found at the bottom of the Kern River, turning it into a homicide investigation and leaving his loved ones with only memories.

"He made sure that he was the life of the party,” said Scott Haagensen, Holsonbake’s former Youth Pastor. “Micah was always full of jokes and pranks."

Family, colleagues, and friends, past and present, shared stories and memories of the Bakersfield man who served in the U.S. Navy and was a man of faith.

Family has connected Holsenbake's case with the disappearance of Baylee Despot and the murder of James Kulstad, saying they ran in the same social circle and calling them the “Bakersfield Three”.

Kulstad was shot and killed in April 2018 and Despot went missing in April 2018. Secret Witness of Kern County is now offering a reward of up to $6,000 for the successful resolution of Despot's case.