What stories caught the most attention in 2018 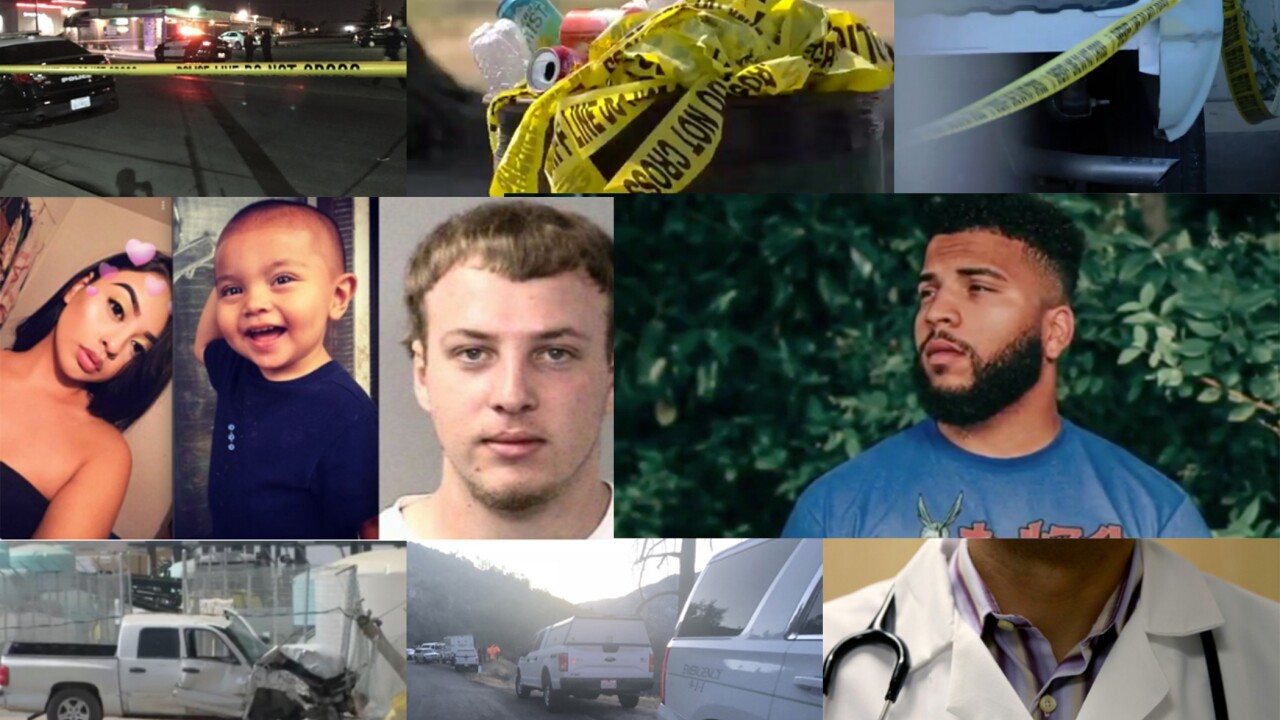 From a shooting spree to human remains being found in Kern County waters to a good Samaritan saving a woman's life, here are the stories that caught the most attention throughout the county.

On April 26, court documents revealed 19-year-old Ayled Chavez told police her two-year-old son had sustained "several injuries" as a result of the child "being hit by the door of a vehicle" after being in the care of her boyfriend, Kaleb Kessinger.

The documents went on to say that after Chavez had gotten her child back from her boyfriend, the child was still alive. However, she reported as they tried getting medical attention for the child, he died, according to court documents.

Both Chavez and her boyfriend then "drove to a remote area, where they left the child's body", according to court documents.

The documents said Chavez and her boyfriend later returned to the remote area and buried the body of the child.

2. Gunman kills 5 before killing himself in Southeast Bakersfield

On September 12, a 54-year-old man, Javier Casarez shot five people before turning the gun on himself.

It began early in the evening when Casarez accompanied with his wife, Petra Maribel Bellanos Casarez went to T&T Trucking and confronted an employee, Emanuel Contreras before shooting and killing him.

Casarez then turned the gun on his wife and killed her.

On Monday, April 30th the Kern County Coroner confirmed the body of the two-year-old was Ramon Angel Reyes-Chavez According to KCSO Sheriff Donny Youngblood. Antonio Valdez, 50, who was at the scene, fled, and Casarez fired shots at him. Casarez got in his car and found Valdez in front of Bear Mountain Sports, who he then shot and killed.

Casarez then went to a home on Breckenridge Road, where he confronted Eliseo Garcia Cazares and his daughter, Laura Garcia, 31. He then shot and killed both of them.

Two people ended up in the hospital after being stabbed inside the Starbucks on Stockdale Highway near Village Lane on September 9.

The Bakersfield Police Department says it began with a domestic violence-related assault. A woman was reportedly attacked inside the Starbucks, and BPD says a good Samaritan was injured when he jumped in to help the woman.

That Good Samaritan was identified as 27-year-old Blaine Hodge. When Starbucks patrons realized the man had a weapon, most ran. Hodge's friend says Hodge stepped in, jumping in between the man and the woman. The man attacked Hodge with what witnesses describe as a machete, hitting him multiple times.

Two people were killed in an early morning shooting on January 6 in South Bakersfield. The scene spanned several blocks and took the lives of a man in his 40s, Charles Tomlin and a man in his 50s.

A member of the California Highway Patrol was involved in a shooting on the 99 near Merle Haggard Drive.

According to CHP, a man was headed northbound on the 99 and went through a fence off of the highway and flipped his pickup truck.

When the first officer got there, they were headed to the accident when they saw the man in the middle of the lanes.

According to CHP, the officer tried to make contact with the man and that is when the man made advances toward the officer with a knife, which led to the shooting by the CHP officer.

The Kern County Sheriff's Office Search and Rescue team located the body of an adult female along the Kern River on February 23. The body was located just east of the initial search area of Shayla Wingle who had been missing since February 16, and who's death was ruled accidental.

A northwest Bakersfield doctor has been disciplined by the California Medical Board for multiple charges including gross negligence and sexual misconduct.

Jason Paul Helliwell, M.D. was disciplined to 42 months probation with various terms and conditions following several breast augmentations and a liposuction procedure between 2011 and 2014.